Winter began here in early November and continued until the actual first day of winter in December.   We had record cold, lots of snow, cancelled activities and then Christmas dawned bright and clear and free of anything vaguely resembling "white"!  It is still that way 3 weeks later.   Little to no snow and Saturday it was 63 degrees.   The forecast is about to change......but for now, I have been capturing some bird photos.   My favorite photos are because I forgot to change the ISO and they were darker than they should have been.   However, the birds at the very center were nice and highlighted and made for some interesting pictures. 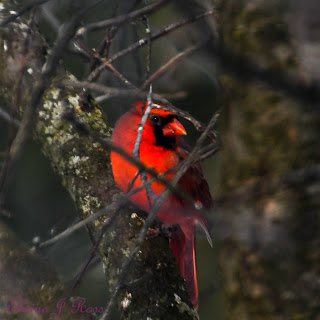 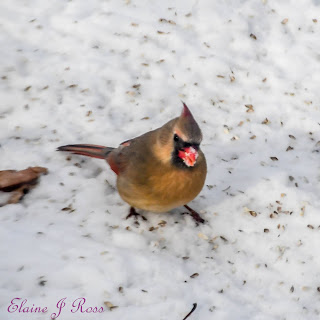 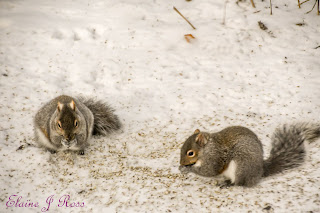 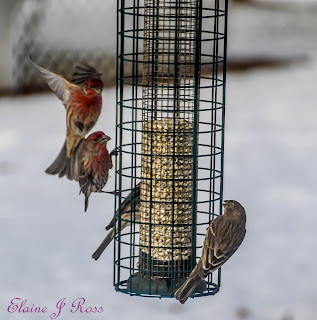 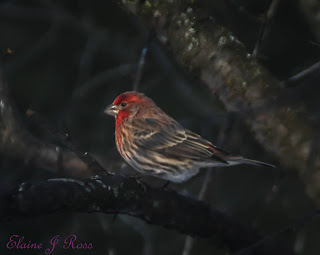 I have been quilting but I can't reveal those pictures here - yet!    This Saturday is our annual guild challenge reveal....then I can post photos.    The challenge this year was to use solid colors - no batik, no marbling, no gradation...everything I like to use.   It was truly a challenge for me!!!    Stay tuned!
Posted by Elaine at 10:31 PM